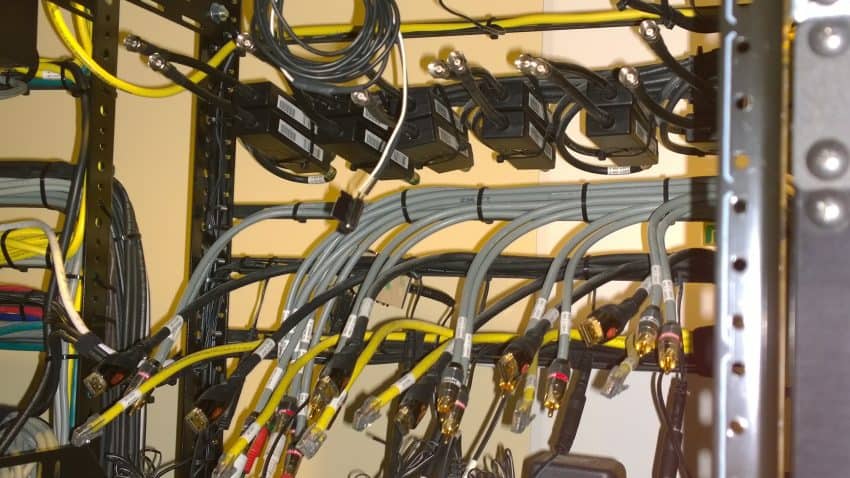 We bumped into a football player moving into town, and he needed to get his brand new [to him], massively incredible audio/video system.  This system was installed by the previous owner just shortly before selling the home.

When I say this system was huge – I mean, it was massive.  Over 18 displays fed throughout the home, all home based right here.  Crestron was in control of the surrounding apparatuses which included 8 DirecTV boxes, a kaleidescape Home Cinema System, feeds for localized video game systems at the destination screens – I can go on for a long time.

The displays spread around the property were installed just as creatively as one could ever ask.  Over the bars, by the pool and hot tub, by the fire pit outside the guest rooms – tv couldn’t be more important for this homeowner.  It would seem egregious to most, which is why I mention the career of the client – what’s more important than Basketball? 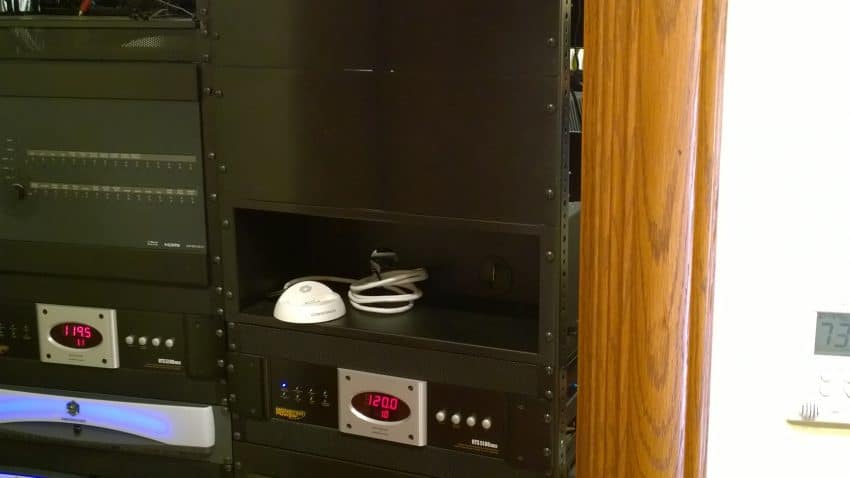 Amplifiers and massive speaker wire feed the audio for all television locations, handling all the surround sound processing in one location.  It also fed speakers around the house for audio with Sonos providing the interface.

So what did we do with all this stuff?  Well, system needs change with the owner’s preference – so it was time to customize.  We disassembled the system (for the most part) to rewire a lot of the entertainment systems.  We called in our Crestron partner to lend a hand.

The owner wasn’t a huge fan of the existing remotes, so we swapped him for some fresh crestron touch remotes.  We reprogrammed them to handle watching all the important football broadcasts across all the TVs.

We loaded up his personal content onto his servers, both audio and video.  We trained the family on how to use it – and we made the kids remotes protected and simple to use. 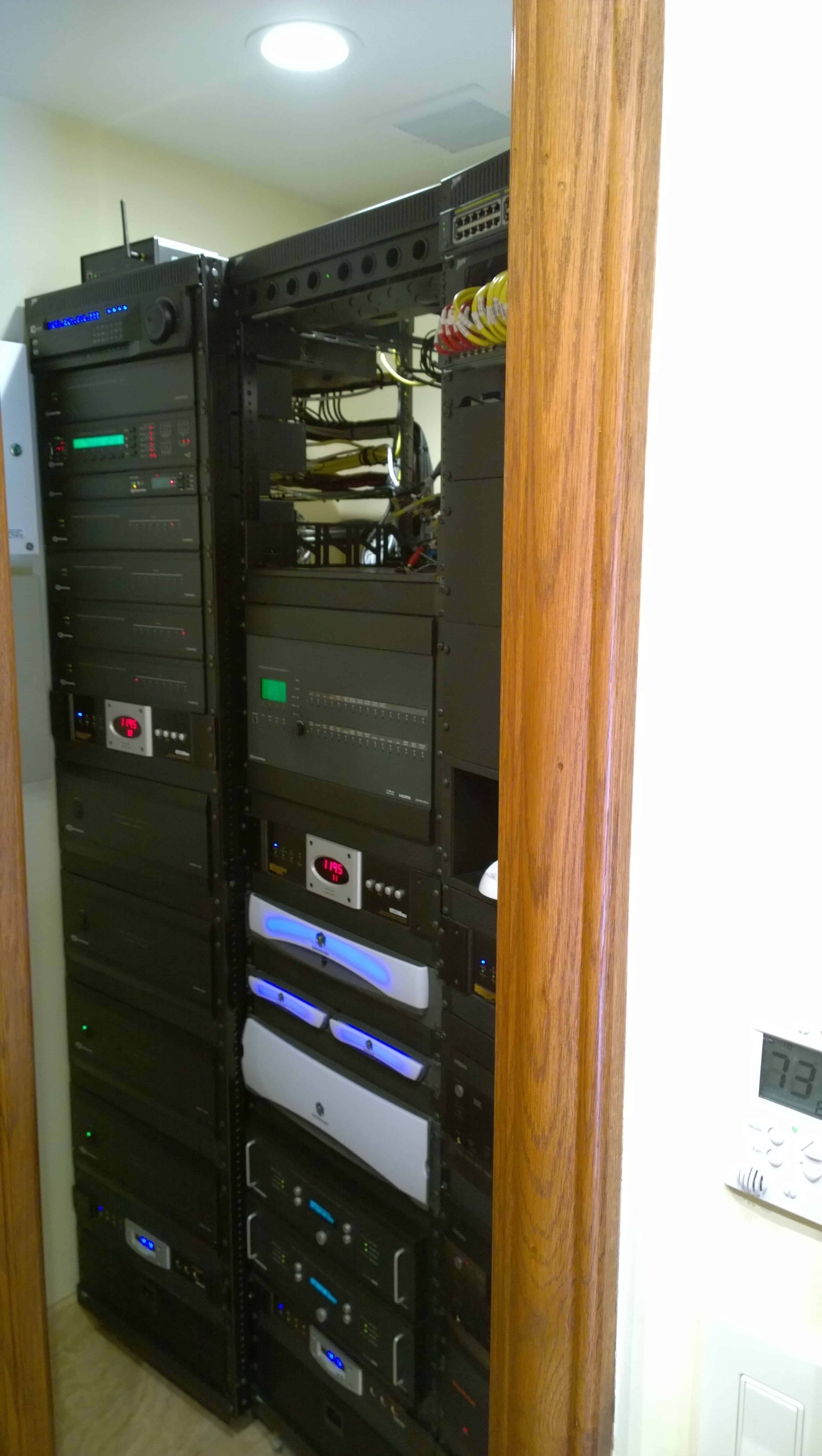 Ultimately there was only one things I didn’t get to build.  I had asked the homeowner if we could install a water-screen projection system for watching TV while in the hot tub.  You know, sort of Disney World of Color style, but perhaps a bit smaller.

We left a happy client and a sound system.  The creativity truly came in the functionality of the system.  Sometimes with a system this large, achieving a specific client desire can take some creative thinking to make happen.  The team at Matchless came with fresh ideas and surprised even me, the jaded IT professional.  :)

Want to build something incredible, something beautiful, something useful? Call the team that can bring your ideas to life.